During our cycling adventure we visited ancient remains that can be directly linked to Hannibal himself and other remnants that are evidence of a Carthaginian presence.

We weren’t expecting anything too spectacular.  The Romans virtually wiped the Carthaginians off the map after defeating them in the Third Punic War (149-146 B.C).  The Carthaginian capital, Carthage, was systematically demolished and its cultural heritage was burnt, stolen or auctioned off.

The Romans couldn’t destroy everything.  One day perhaps someone will discover the remains of a Carthaginian soldier or an elephant in the Alps, where ice and the remoteness of the mountains might have preserved them for posterity.  Until then, this is what we encountered on our trip that was built by Hannibal, by contemporary Carthaginians or inspired by his presence… 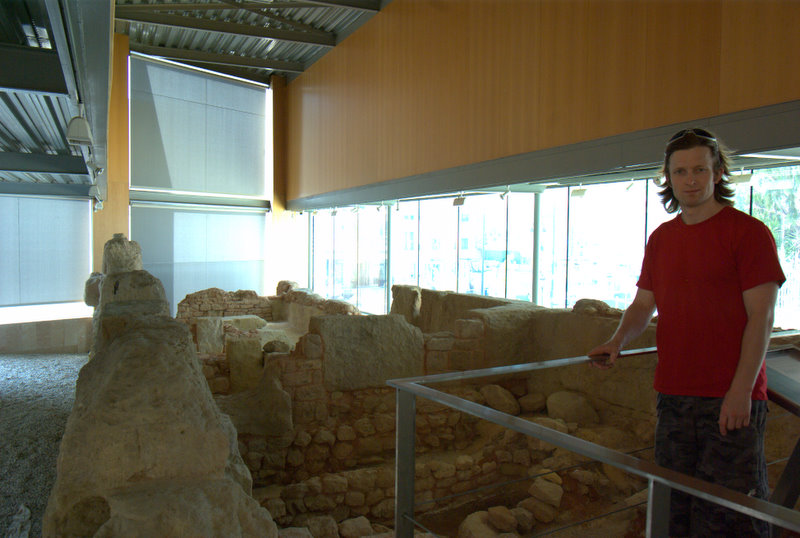 Remains of the defensive wall that encircled the Carthaginian city of Cartagena in southern Spain.  The wall was built at the time when the city was founded in 327 B.C. by Hannibal’s brother in law, Hasdrubal.  It consists of two parallel walls five metres apart with space in-between to store supplies, lodge soldiers and possibly elephants.  Some of the sandstone blocks are three metres high.  A museum now surrounds this excavated section of the wall’s remains:
http://wwwe.cartagena.es/turismo.htm  (in Spanish) 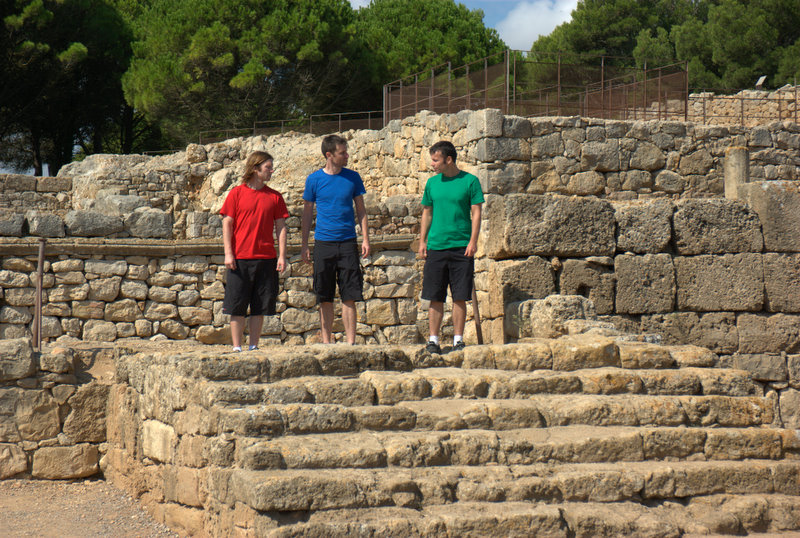 The impressive ruins of the ancient Greek colony of Ampurias at L’Escala, 150 km north of Barcelona.   Local archaeologists say the walls were reinforced at the time Hannibal was moving up the coast with his army.  The excavations are extensive and include a separate Roman town.   For more on the archaeological site: http://www.mac.cat/eng/Branches/Empuries 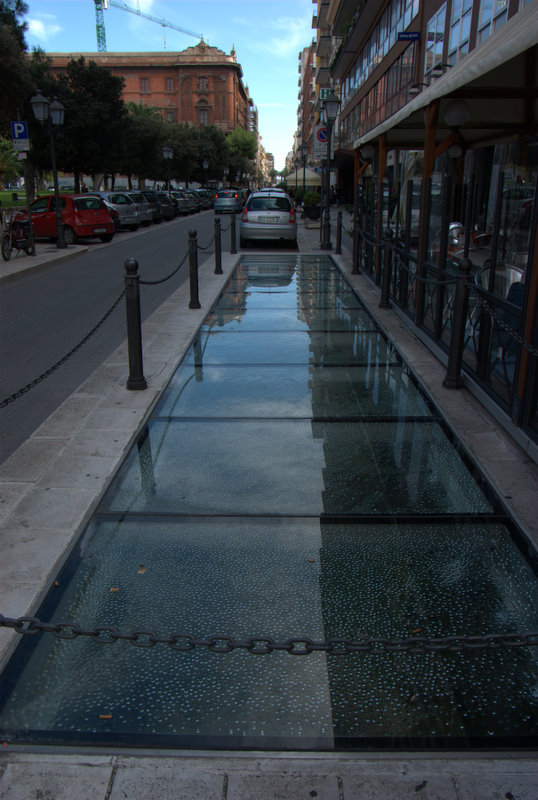 The local tourist office in the southern Italian city of Taranto says that underneath this perspex covering in the main square are the modest remnants of a wall built by Hannibal’s men.  The wall was built when Hannibal’s army was laying siege to the Roman garrison trapped in the citadel, as described here by the Greek historian Polybius in The Rise of the Roman Republic:  http://www.perseus.tufts.edu/hopper/text?doc=Perseus%3Atext%3A1999.01.0234%3Abook%3D8%3Achapter%3D34 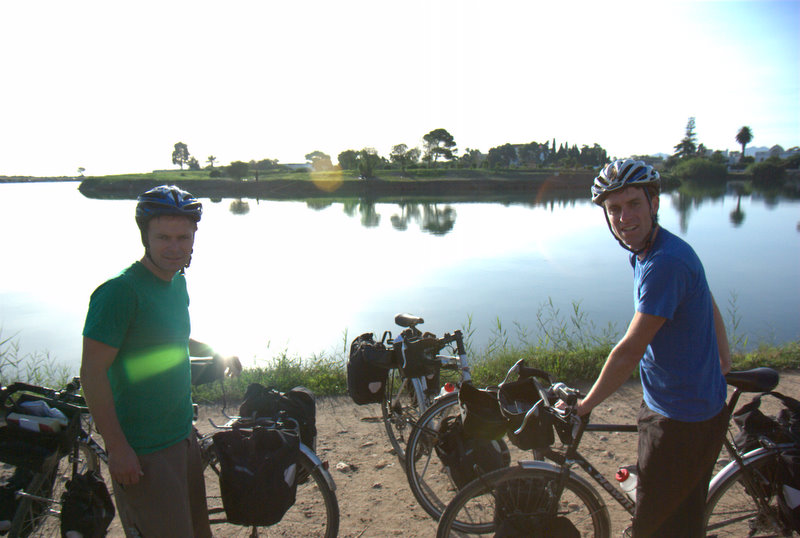 The remains of the original Carthaginian ports in Carthage, capital of the Carthaginian civilization and now a wealthy suburb of Tunes, capital of modern day Tunisia.   The outline of the ports – one for merchant ships the other for navy – still form the shoreline.  The navy port originally had a circular docking point in the centre with room for more than two hundred warships.   The Greek historian Appian described the port in its glory days in his Roman History:
http://www.livius.org/ap-ark/appian/appian_punic_20.html